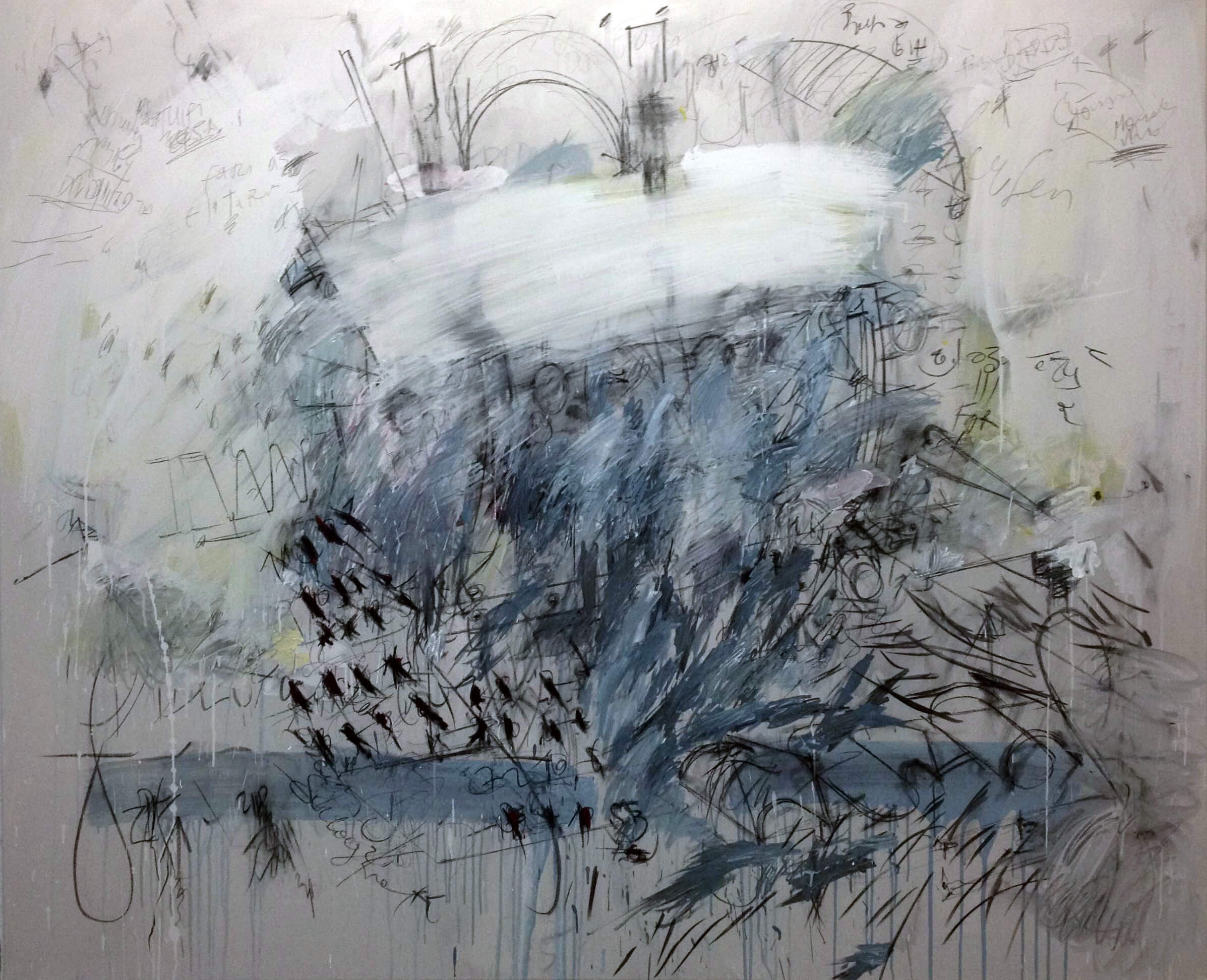 There’s an explosive energy in the work of Berlin-based Greek painter Konstantino Dregos. Blending recognizable imagery and frenetic marks, in some ways it’s possible to image each of his canvases as the scribbled notes of a mad scientist or a blackboard wiped clean after a long mathematics lecture, as sketches documenting a burst of creativity or the inspiration behind inventions that will never exist. The processes of an active mind crystallized on canvas.

"Lapsus," the artist’s second solo show in London, currently on display at Vigo Gallery, is titled after the Latin words for lapse, slip, or error—an involuntary mistake made while writing or speaking. Here, each painting serves as a philosophical activity, a physical embodiment of the way the mind tackles ideas. Thoughts are presented, and then mistakes are covered up, blurred or replaced. This same thought process can be seen in some of the artist’s visceral sculptures (not present in this exhibition), such as pieces made from scoured, scratched and sliced sheets of plywood.

With their mix of paint, chalk, charcoal, wax pastels and varnish, the paintings in the show immediately call to mind the gestural paint and pencil works of Rudolph Steiner or even the layered, map-based compositions of Julie Mehretu. Dregos’ recent paintings are executed in a subdued palette that calls to mind technical drawings or architectural blueprints, and they feature hints of cogs and other mechanical devices. While the works reference this industrial imagery, there’s another type of mechanics that the artist is actually interested in: the processes of human thought. Smeared passages suggest smudged out mistakes, while darker lines evoke images of intense output.

These aren’t just investigations into the way the creative mind works, however. The pieces go deeper than that. Inside the chaotic scrambles of lines and images, Dregos seems to be seeking out a certain truth. His erased lines and smudged lines represent man’s constant search for perfection—a quixotic quest filled equally with hope and disappointment.